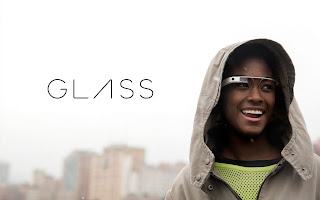 As Google reveals their new Glass device it becomes clear that it generates a very polarized spectrum of reactions. Without counting those that have no idea what it is and don't even care to know, which we'll call the meh reaction group, there's two main super extreme reactions groups. Most people who care about Glass are either completely terrified (you could say paranoid, but I won't say it myself) or over the top ecstatic (you could say obsessed but I will only say that about myself).

One thing that always helps me understand processes and the future is looking at graphics, finding patterns that repeat themselves and can shed some light when speculating.

In particular, one of the graphics that helped me understand the Glass reactions is to bring in the curve that technology adoption describes time over time:

Nobody argues with this adoption curve, although some people like Seth Godin argue that the curve is changing as marketers push products faster and stronger into the market, and as consumers get used to this cycle, as I discuss on this previous post.

So, let's analyze in detail the Technology Adoption Lifecycle Graphic and see how it can shed light about Glass reactions and adoption.


1. The first segment to adopt a new technology are the Innovators. In the case of Glass these are the Glass Explorers, Glass Pioneers like me and everybody that is ecstatic (and yes maybe obsessed) about the idea of wearing Glass even if they have to pay $1,500 (which is well above the expected consumer price) to get them early.

2. The next wave of adopters after the innovators are the Early Adopters. These will be in Glass case the first people that will go to the stores and buy Glass when it's released for consumers. The Early Adopters are a very special segment, because at some point within this group something drastic can happen, something that has the power of start a chain reaction and there is no way back on the adoption of the technology, all the rest of the curve will be an expected unavoidable process. Once "The Chasm" is crossed the curve will continue all the way until the end for a particular tech. This "Crossing the Chasm" concept was introduced and studied by Geoffrey A. Moore. The causes for this process are probably rooted in network scaling, economy and effects that have been also very well studied on this little great book "Linked: How everything is connected to everything else and what it means?". The possible Early Adopters for Glass are at this point probably just observing with some level of interest and curiosity but are not betting their time and money on it yet. Great to have Early Adopters are celebrities and other trend setters, so we can expect and we're seeing a big focus on them at the early stages.

4. The Late Majority is a natural extension of the Early Majority, these are the people that, even if they denied it for years, very recently realized that they need a smartphone and have one. They watched with some level of fear the process as it went along and kept their reserves up until very late. In the case of Glass, the Late Majority first reaction to Glass is somewhere between "I don't need this s..." to "this is scary!".

5. The Laggards are the last group to adopt a technology. In today's world, on the cellphones parallelism, they are the ones that reluctantly adopted a cellphone, after swearing they would never use or need one, and now still have those old cellphones and they claim they're perfectly fine for them, it's all they need. This group is in the case of Glass either terrified or just plain paranoid, and many of them are actively engaging on activism as in "we need to control when/where it can be used" or more like "we have to stop this!".

What can we conclude after doing this analysis?

The adoption curve is following it's natural course as expected and everybody is right on their role:

All we see are the two extremes of the lifecycle curve, the innnovators and the laggards and if you don't know what's in the middle you could lose perspective and think 50% of the people will love it and 50% will hate it, but it's only the active involved participants at this time and it should change as it flows through the technology adoption lifecycle.

Now, at least to me, everything is starting to make a lot of sense and I can really understand better the scared reactions that are the most foreign to my mindset.

What Glass will continue to do is focus on the Innovators and Early Adopters while leaving the Early and Early Majority open and mildly interested. Once Early Adopters help cross The Chasm there is no looking back.

Posted by Cecilia Abadie at 2:49 PM

You'll also find that as age drops, adoption spikes. (take them to your kids school or any college campus and you'll see)

So google's ultimate "fight" for total acceptance/adoption really just becomes an issue of price, and even then, just a matter of time.