Kevin Kelly at Quantified Self 2012 Conference 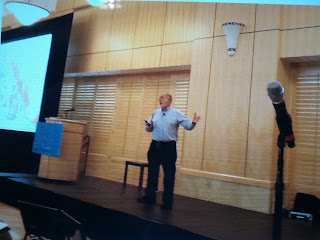 As the perfect finale for the Quantified Self 2012 Conference Kevin Kelly not surprisingly delighted us with an amazing talk.

I say not surprisingly, because coming from the person that best studied and captured technology's evolution over the last years, one can hope that he nails down the future of it ...

I was prepared to be impressed but never to be blown away!


These are the main key points that Kevin Kelly touched base on the talk are this:

The Self, a concept that like many others appear so natural to us, is actually relatively new. Note to self: Watch BBC documentary: Century of the Self. (similar to the concepts of credit and debt, among other that are more recent than we think).
The Self, not only is new, but it's a process, it's changing and evolving.
Quantified Self is furthering the evolution of the self.
We're also evolving Quantified Self into Qualified Self as in having a physical sensation as a result of a quantified event occurring to one of our Exo-Senses. The example referenced an experiment with a belt that buzzes in the area of the belly pointing North. Eventually, the person develops a sense of North that seem to be integrated to the regular senses, like a subconscious notion of North, not consciously associated with the buzz and the device. 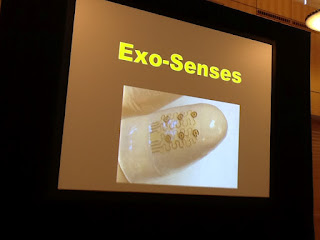 Kevin mentioned some of the Exo-senses Properties:

The Measured Century and Data Explosion 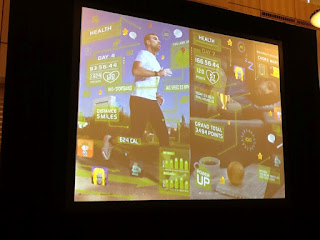 There are accelerating trends of measuring, new instruments, new scopes (telescopes, microscopes, etc). There are billions of sensors on a modern city.

The amount of data we're producing is uncharted territory for humanity: Zillionics!
We don't dispose of tools to manage, and I add filter this volume of data.

The metaphor proposed is that data is measured in the same units of volume per second as nuclear explosions. But this would be a perpetual, (accelerating I'd add) explosion.

Big part of this data we're producing is Dark Data. It's not connected or linked in any meaningful way.

Data wants to be linked (reminded me of the big question: What does technology want?) or used (as in entropy which is used energy). This is naked data. Not related to other data, not yet valuable.


The Overturn of Ownership and the Era of Access 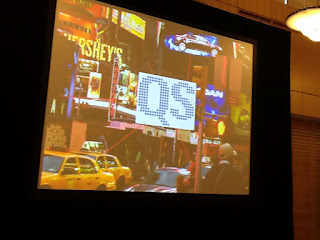 Data is the new oil, and the new gold. But, there's a difference: data is digital. Copies are free.
Gold is either had or given, data is both.

Ownership is overturn on a world of ideas and data.
Data adds up when given away, it doesn't subtract.

Ownership is slowly but surely replaced by Access (rent).
Access is better than Ownership on this new economy.

Metaphor with Letters and Words that belong to the Commonwealth. The more relationships you add between letters, you add value, form words, and then phrases and books. There's value there.
There's rights and duties. But, eventually, it'll go back to the Commons.

We are in an era of increased transparency. Data personalization and transparency are directly correlated. They just can't be de-coupled.

As we want more value, we'll continue moving into transparency. A notion I explored before here.