If you were to compare a quick movie from the blackout when I was growing up and the blackout nowadays, I bet you could easily spot the ten differences. Last Thursday, a work day like any other, around four in the afternoon, the unthinkable happened: electricity went off!! The good news is that this almost never happens anymore. The bad news is that when it happens it can be a big caos. In my mind, the power outage had to be some small fluke and something that would get resolved immediately, so my only worry was to rescue an email I was writing on my desktop computer (yes, I do work with both a notebook and a desktop computer at the same time). Luckily, I have a small power unit so my machine didn't go down, I just plugged the monitor into the power unit and saved my email, only to later find out that the email at Rackspace's website was already being saved as a draft automatically for me (used to have Google do it, but Rackspace I had no idea). While I attempted to rescue the email I realized there was no internet and no intranet.

The obvious next step was to take a small break while electricity would quickly come back up. I decided to use it as a restroom break but of course no light! That was the first thing I noticed that started to point out the big differences with the past. In the past no light would have mean candles, basically fire! Today, everybody was using their cellphones as light sources. Big change, electricity is the new fire and cellphones are the new candles! and the new computers when there's no electricity! Of course, Twitter was going strong with cellphones only. 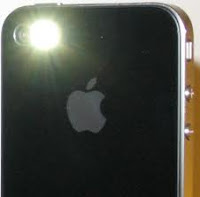 As part of my break I went to the receptionist area where my co-workers where gathering and that's when I learned that it was a huge blackout and it probably would not have an easy fix, they still had no idea what caused it. Being on the wake of September 11th, everybody had this thoughts on the back of their minds, could this be a terrorist attack? And with reason in a way, because of how key the electricity system became on our lives ... Anyway, people were starting to freak out, let's go home now, traffic will be bad, as we looked out of the windows to increasing movement of cars. We decided to leave. I have a one hour ride home so I thought I'd pour some water on my bottle and then take off. Guess what?? The filtering water machine is digital and it was dark, no water would come out of the thing without electricity, it was dead! The next step was leaving the building and reaching the highway. That on a normal day is a quick 3 to 5 minutes breeze, but not that Thursday. Cars were leaving buildings like rats would leave a sinking boat, but with the stop lights not working the usual 5 minutes turned out into a claustrophobic experience of 25-30 minutes to get to the highway. I was sitting on each of the lights behind a long line of cars while cars orderly but slowly attempted to advance one by one. Right there it was a little shocking to realize our dependency on the stop lights. It is a real mess and 10 times slower without them. I kept thinking we should have an alternative not lights procedure ... Let's recognize that with no electricity and the mess in the streets, right there, it already was feeling a little apocalyptic. Once I reached the highway it went pretty well and 40 minutes later I was in shinny Temecula, where electricity had not been disrupted. I was still in emergency mode, ok, what do I need to do? Get gas? get some cash? water?

By the time I reached home, I had dinner and I left for a Starbucks appointment I had, it was all gone for me. But Temecula was still freaking out and gas stations were having one hour lines. Later, I heard from my neighbors that were stuck in Escondido area, that they ran out of gas, gas stations were not working, restaurants were closed, it was a big disruption. The blackout lasted all night and was fixed first time in the morning. Spending the night without electricity is a major challenge for most of us nowadays. Of course we all survived, but to face our dependency straight on was scary for most people.

These are the times to think of solar. I imagine San Diego at night, specially on the suburbs, with people gathered around the garden solar lamps, that loyally would stand up and work regardless anything else. Our human body depends completely on the heart pumping oxygen around all the time. Our brain can only survive 3-5 minutes without it. In the same way as our body evolved to depend on the lungs and heart function, we are collectively evolving to have a huge dependency on electricity. We humans are living proof that it's possible to survive with this kind of dependency, but we need to acknowledge it and have backup plans. I wrote on the past about the evolutionary path towards outsourcing energy here.
Posted by Cecilia Abadie at 10:02 AM