The Arrow of Technology Adoption

I consider myself a very techie, adaptable, flexible person, and for the most part I think I am, with one big exception: Many times in the past I noticed that I cannot adapt to go back to older suboptimal technologies. 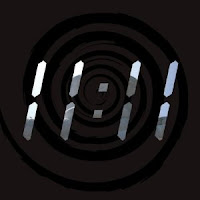 One of the earliest signs of this condition happened to me with the digital versus analog watch.
When I was 11 years old I had my first digital watch, which was actually my very first watch. I rejoiced in the beauty of 11:11 (nicer yet on the old watches than it is on the computer nowadays as the image to the left can testify). Years went by and it become stylish to use one of the old analog watches digital watches for ladies become a rare thing. I could not, use one of those analog watches for nothing in the world. I rather use the very non-fashionable at that time digital watch than deal with the inexactitude and guessing of the analog counterparts.

At that time it just remained one more rarity of my own, and only later on I started seeing a trend.

My second very strong experience of trying to go back in time with technology was a few years ago traveling to Uruguay, South America. Usually as soon as I arrived to the airport, my mother in law would bring me one of this very useful nokia 12-keys cellphones so I could remain connected with my family up here in the US. It all worked out well until text messages started to pick up in Uruguay. That's when I became crippled. My friends would send me quick long texts and I was supposed to answer back as quickly and as lengthly as they would. I would expect to have a keyboard if I was going to type a text message. My level of frustration would become very high as I tried to handle the texts with the little 12 keys keyboard. At that point, I had to admit that I could not go back into older, less optimal technologies.

Years later, I want to write my emails and blog posts on my laptop, read my tweets on the iPad, view my youtubes on Google TV and use the cellphone for all of the above when I have no other option. I realized we're surrounding ourselves with more and more technology. As everything resides in the cloud, we can choose the best device to deliver the experience we're looking for at each particular moment.

If we keep exploring the subject, we all can find multiple areas in which these incapacity to go back in Technology without major pain is very present. We all know the feeling of being almost physically sick and impaired when some of our essential technology stops working. Try to think of the last time that you had no electricity, or internet: that is the feeling I'm talking about! I believe this is one of the symptoms of experiencing what I'll call the "Arrow of Technology". 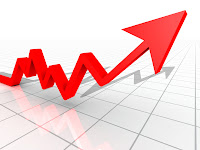 The "Arrow of Technology Adoption" does not imply that technology always arrives to stay for good. A perfect example is the arouse of Windows Tablet PCs in the 2000s. In year 2004, I got myself a touch screen Windows Tablet PC. Once the super coolness factor, of riding the Chicago train and having all the eyes on my super toy, got old, it started being a real pain to have to carry my crippled tablet with a stand and a keyboard at all times because I would feel completely crippled without a keyboard. Years later the iPad, and later on other tablets, as well as smart phones, made the concept of keyboard-less a reality. In this particular case, technology didn't get enough adoption on the first attempt, and it faded away, but later on it came back to be a winner.

Understanding the Adoption Curve of Technology together with the rules of the "Arrow of Technology" and its implications, will allow us to optimize our own technology adoption process in the family, company or personal levels. Also, there lays great opportunity in the understanding of these two principles as we could plan accordingly, stay ahead of the curve and ultimately innovate and compete in a technologically complex world.

I wouldn't be surprised if one day we can link the "Arrow of Technology Adoption" at the entropy level, after all, as much as many of us fight the concept, technology is part of the natural/physical world.
Posted by Cecilia Abadie at 1:08 AM