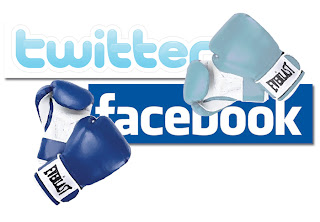 When we think of Twitter and the innovation behind it, the first thing we all think is 140.
140 characters is without a doubt an amazing innovation that Twitter introduced which makes communication flow faster, forces twitters to summarize a piece of news or information, or an idea or an opinion and allows followers to get information or an idea faster as well.

Also, after the introduction of url shorteners (tinyurl,com originally and many others later on such as bit.ly) an emergent property of Twitter came to life: the linked web. Any blog post or news article out there could be potentially linked multiple times in Twitter with quick summaries and opinions.

Other emerging properties or elements in Twitter are:
. Tags, early on twitters started using tags as a way to group events or themes together and follow them separately.
. Curated content appeared more recently in an attempt to organize tweets in channels like mode. 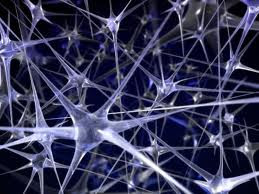 There is one more original Twitter property we don't hear much about and I believe it's a key element to the Twitter success.

In the world of two way communications, Twitter is one of the first Social Networks that works asymmetrically versus working symmetrically like Facebook.
In Facebook, you are my friend at the same time I am your friend (with the exceptions of some of the user types). We could call that a Symmetric Social Network. Other previous successful examples of Symmetric Networks are Skype and Instant Messengers.
In Twitter, there's no implied/automatic relationship between those that I follow and those that follow me. We could call that an Asymmetric Social Network. Other previous successful examples of Asymmetric Networks are phones, cellphones and emails, the linked web.

Thinking of the advantages of connecting Asymmetrically you could find a few:
. More flexibility and plasticity on the resulting graph.
. Easier to detect Hubs and greater influence of Hubs on the Network.
. More independence (freedom of choice regarding incoming communications) in the level of the individual cell or network node.
. Loose (light weight) connections.

As a conclusion, Bio-mimicry is big nowadays as a source of innovation and ideas for the technological world we're creating to learn and be inspired on the biological world leveraging its millions of years of evolution.

I'm sure there are more implications in the end graph that either Network type generate that would be interesting to research.
I wonder if we would see different levels of complexity on the resulting graphs.
I also wonder what other properties we could mimic or learn from the Neural Networks to apply into our Social Networks.
Posted by Cecilia Abadie at 7:33 AM

That's a great point and it seems to apply very well.
The point I was making on this post was more about the structure of the connectivity as far as being exclusive as it used to be in Facebook or more like unilateral like it is in Twitter.
By now, Facebook has a Subscribe button that emulates the Twitter loose following so that kind of shows something ...

I had comptia training and I think that I'm expert with this kind of stuff. It only shows that twitter is making things natural as possible. Unlike facebook that only thinks about profit. Have you heard the news about sending a message to Zuckerberg is worth a hundred bucks.

Twitter focuses on being concise. I think the 140 characters is optimized, for example an announcement or telling something but not to a point that a reader loses interest because of the volume of words in a post. I know a long island advertising company that uses twitter instead of facebook for announcements, saying that twitter is easier to maintain and it spreads the word much faster.

I can see that twitter has a good business continuity plan, they know that they can't beat Facebook's interface and application. They really are concentrating on functionality, even emulating the neurons of a human.

Ryan Donovan said...
This comment has been removed by the author.
6:42 AM

Twitter has been more into the efficiency with user experience rather than Facebook that tends to lean on advertising. Its quite obvious that their target is to dethrone Facebook as the top social networking site. But I think that they are still far from that.

For sure twitter application has a purpose with limiting the post into 140 characters. Maybe its twitter’s way of saying that every letter counts that’s why the user must be responsible enough of his words and what he posts on its account. Especially now that a lot of people use twitter in promoting their business over the net so it’s important that users must be sensitive to what they are posting over the net.

Either ways, both sites has been very helpful in terms of online marketing and businesses. The only thing they need to re-evaluate on those is to make sure that it'll not be used to harass or perform any vicious crime in the cybersphere.

Bio-mimicry is definitely a fad on the social networking scene. Their efforts to imitate our natural ways had gone far but I'm sure that they would not emulate personal interaction even if they would develop HD hologram images.