We all have heard the phrase "Kids need to play a team player kind of sport".
Oh well, to the risk of being a "bad mom" I'll admit that for some reason that never worried me much.
My daughters tried a myriad of different things from gymnastics to swimming, ballet, dance, soccer and even ice skating, but in the end the only thing that has sticked so far is Tae kwon do.
As one of my friends has a boy that has a similar pattern with sports it let me thinking on this deficiency that apparently some kids today would have regarding developing team player skills. 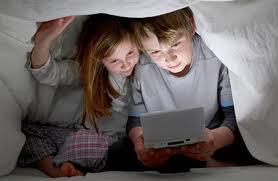 That is until, a couple of days ago, I sat with my daughter on my lap to watch her play RoBlox.com.
She was playing a war tycoon kind of game. Probably, not my favorite thing if you'd ask me, but my parenting style goes along the lines of letting them experiment and discover their own truths. After all, if war is as bad as I think it is, she should discover that eventually on the virtual world (although not sure about that having sometime infinite lives). Anyway, that would be probably a whole different discussion.

Back to the team play thing.
She was vividly describing things to me as much as she could without getting killed in the meantime, while I was making all sorts of annoying questions.
Some of what was happening was that some robloxs she was killing because they were not part of her team, and some others she was cool because they were. I was looking at the screen and seeing on the top right of the screen a list of roblox names with the amount of points (money actually according to her), the times she knocked out someone and the times she was knocked out by someone else.

Anyway, the thing is that I could not see any team indication in the screen. So, one of my most recurrent questions was: How do you know who's on your team?
Eventually, it was time for me to get an answer, and the answer was:
- You see, he's on my team because he gave me a sword. And now, I'm going to give him a medicine bottle so he can restore himself.
- So, the game is not telling you what the teams are? The game doesn't even know that you guys are a team? But, you're teaming up just because it makes sense???

This was an aha moment for me. So, cooperation and team building is intrinsic to online gaming to a level that goes beyond the original game design? Wow!
Obviously, there are video games that are known to develop team playing and strategy planning, but it seems that this is a systemic property.

Now, the mom in me can rest assured that video games are better than soccer when it comes to developing team player skills.
Posted by Cecilia Abadie at 5:16 AM

Why "... BETTER than soccer when it comes to developing team player skills..." ? Just because forming teams it's not in the rules ? In that case, the game you describe can be better at developing deception skills too... (I'm just guessing, I don't know the game, I just thought of deception as a possible strategy kids can come up with).

Maybe the things that worries me is the generalization that all video games help develop team skills better than team sports.

Related to you post, the following episodes from radiolab.org come to my mind:

Point taken! The connection was not built enough ...
To me, anything that grows organically (without external factors pushing it or enforcing it) is considered superior to enforced behavior. I know this is controversial, not stating it as a final truth but just as a thought with considering, absolutely arguable anyway ...
In addition, video games such as world of Warcraft that mostly man enjoy seen from the outsid seem to be building amazing teams exchanging intrincated strategies. I was discounting that as a given, and my reasoning was even when it's not built-in it happens.
I'll add those vids to my growinf long list of reads/vids and blog about them.
Thanks for posting!

Parents should encourage their kids to take up sports or other activities rather than playing games. Thanks.

I still think that exercising out side the house is more better that playing video games, since it can make your child healthier. Thanks.