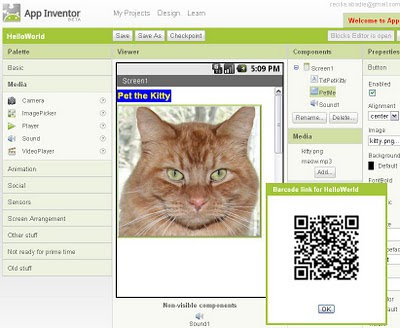 My first application with App Inventor is the Hello Purr.
Download it using this barcode: 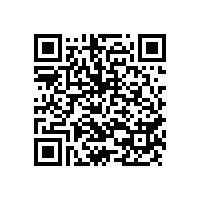 This tool is just awesome!

It's a mix of Scratch (programming language for kids) and lego mindstorms programming environment. It packages the app for you and produces a codebar code so you can publish it for download from any android.

Only one thing was a little annoying in the operation, the integration on Chrome between the designer and the blocks editor is a little sketchy.

I can see the Genexus community building extensions for App Inventor so that with a few clicks we're building amazing android apps connected to our favorite mission critical databases.

According to this Techcrunch post it will be possible to extend the App Inventor.
As far as Google documentation so far I only found this, talking about extensions in three levels: create components, add to the library and interoperate with webservices.
Posted by Cecilia Abadie at 10:35 AM