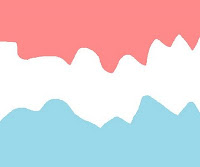 As most of us are twitting (or equivalent) as one day we will, it'd be really cool to have a web page that shows Earth's mood through analyzing twitter's posts.

I can imagine an application that would be graphically live, constantly moving to reflect the happiness/sadness of twitter posts in general or for a particular tag. Like a screen saver kind of thing where we can see the top and bottom fronts of the screen advancing into the white neutral area as posts are classified as: happy/hopeful, neutral or sad/angry/fearful.

Marvin Minksy's speculates in his "The emotion machine" book that out of every millions of thoughts we make up one emotion that stands out as our conscious feeling of choice for the moment. So, in the same way, the net every millions of posts would come up with a feeling of choice and it would be wonderful to have an image reflect that instantaneously with its subtle variations every second as new posts pop in.

There are many attempts already of figuring out the mood of either one twitter account or one keyword:

. Twitter mood reader graphics the mood of a given twitter account based on words associated with good or bad mood, anything else would be neutral.
. Smiley Twitter tracks the happy and sad sentiments around a given keyword based on emoticons :( :)
. Twitter Sentiment seems to have more an statistical approach kind of trends. Their algorithm seems pretty intelligent and it accepts feedback from users which might indicate it has some capability to learn.
. There's even a "make your own twitter mood tracker with Ruby" guide (emoticon based).

Hypnotized by fire? Just imagine this: add some music and relax in front of a screen to watch Earth's mood ... that would be pretty cool!!
Posted by Cecilia Abadie at 6:51 AM

hehe, funny and useful, ... coz now adays I can't figure out why twitter is as used.

yes, it's like we all un-sure if it's pure hype or if it's really something. But, there's already been events like the Earthquake in Italy or the Political disruptions in Iran in which twitter showed to be superior to any other communication means.

actually there's a site that exist already that shows the mood of the entire Earth. A friend of mine told be about it a while ago... funny enough the website is called EarthsMood.com

That's interesting Daniel, although I think we'll be able to tell the pulse of Earth's emotions pretty accurately by analyzing social networks in an automated way some day.