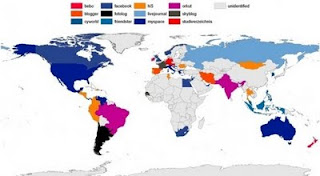 One of the most striking characteristics of the web, which I think was almost one of the most important ones in it's adoption as well as fast evolution is: transparency that leads to hackability. I actually wrote something about it in the past that had some nice little idea inside regarding sharing chunks of server side code.

I still remember the feeling when after years of programming in the dark, times changed and the web opened the curtains and we could see from the back door. It was great! You could go to a web site, see something you liked, hack it, re-mix it and make it your own so that others could hack it as well. That level of exposition, of transparency was later on less important as people starting to openly share their code and their tricks in the web itself, but it all started with parts of the code being open for everybody to see.

Hackability is becoming an extending concept growing to other areas such as product design with demands of hackability.

Right now, I'm getting kind of the same feeling from the social networking side of the web. It is very special to have access to the social dimension of people that sometimes we knew in another capacity, or were not even that close to start with, or people that we had completely lost touch with.

This open window into other person's lives is impacting us in profound ways. I guess most of us have a normal tendency to show the best of ourselves out to the public. Some people think of this as faking it. The way I see it, people are not faking, they're just exercising being the best they can be. Potentially this habit of "being nice" will involve most of our time as most of our activities will start involving this social networking dimension.

As habit becomes being ... eventually, technology -through transparency- will make us better.

In relation with this subject,

Blown to bits seems to be a promising book on the future of privacy, identity and personal control in this new era where social networking is around (haven't gotten it yet). [via Dusan@scrumdesk]
Posted by Cecilia Abadie at 4:58 AM