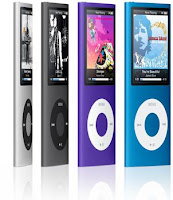 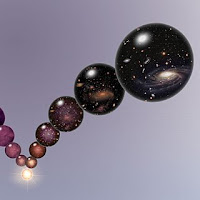 The only one article I read in the magazine was "Big bang or big bounce". Astonishing. My friend Italo already had mentioned this alternative approach at solving the mystery of the moment for physicists some time ago, but this full explanation made so much sense and seems to be such a revolution that I'm still impressed. On a nutshell, the fresh new theory discusses the existence of space-time particles that are to the space-time what the atom is to matter. One of the consequences of the existence of these particles is that the Universe did not start on a singular point of infinite density with the Big Bang as we all tended to believe. Instead, the Universe would have been in a most likely infinite cycle of expand and collapse being the "Big Bang" a "Big Bounce" in reality. I think reading this article was the closest I've been to the feeling of being there when the atom itself was first speculated about around the sixteen hundreds.
Posted by Cecilia Abadie at 1:09 AM

This two talks are my recent favorites from TED

Jill Bolte was amazing ... it might end up being a blog post on itself ;)
Steven Pinker, was interesting, left me thinking specially on the role of coincidences, it makes sense ...