Amazon includes as part of their Business Center a nice component called "Outfit your office" to take advantage of a compacted visual presentation of their office product's lines.

It's all HTML+ajax, although it'd look much better and react faster if implemented with Silverlight or Flash.

This is not the first time we see similar visual presentations. I remember back in the late 90's the site of Southwest had something similar (no ajax of course). I guess the difference is when Amazon does something it usually have some repercussions.
Posted by Cecilia Abadie at 9:33 AM No comments:

This blog talks about a Japanese experiment to control an SL avatar with a brain-computer interface.

I wonder when I will be able to try this ... Some time ago someone came to my co-worker Daniel and me to offer us some device that would measure the brain waves and stuff. We never had the time to play with it and it was still pricey to get it just for fun.

I'm just so curious about this type of technology, it has a huge potential, and it seems to be happening sooner than we expect.
Posted by Cecilia Abadie at 7:14 AM No comments:

Do entangled particles communicate faster than the speed of light? 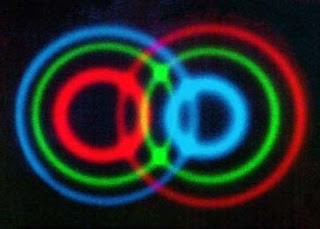 Finally I understood a little more about the entangled particles mystery. Entangled particles are two particles that being created together remain somehow linked in a way that while a given property is not determined in either particle, the resolution of this ambiguity will occur at the same time in both particles.

One experiment that clarifies this phenomenon was done by Nicolas Gisin, University of Geneva, who "sent two quantum-entangled photons in opposite directions through optical fibers across Geneva. When the photons were several miles apart, they each encountered a glass plate. Each photon had to "decide" whether to pass through or bounce off the plate (which previous experiments with non-quantum-entangled photons have shown to be a random choice). Yet because the two photons were quantum entangled, they made the same decision at the same moment." (from Ray Kurzweil in "The Singularity is near")

There are two possible explanations for this observation.

1. The two particles are indeed entangled as their name suggests and they can send information to each other faster than the speed of light, this way when one faces the decision the other gets communicated this decision and does the same thing. This is by far the most interesting explanation as there could be ways to use this faster than the speed of light transmission. The more I think about it, the more unlikely this seems to be true ... Why would one particle have to make the decision first than the other and the second one be just a listener? Would the transmitter/listener role be just set by time? Meaning the first one particle to reach the glass plate is the one that decides and then the second one just listens? Unless they just talk to each other and decide together in a two way faster than the speed of light communication? I'm not sure I understand the 100% of the experiment, but I guess it'd be interesting to delay the moment in which one of the two particles reaches the glass plate and see if still the correlation happens. Unless the time is key for the particles to know the event is related and they need to react the same.

2. The second explanation discards any communication between the two particles and explains the correlation of their "decision" to the presence of hidden variables that both particles have set in the same way at creation time which shows as the entanglement. This one seems even if not as exciting as the first explanation it seems worth pursuing. I wonder what that hidden variable would be. I'm sure more experiments are on their way ...

It's amazing how little we know or another way to say it, back to Newton's never so true over cited phrase:
"I seem to have been only like a boy playing on the seashore, and diverting myself in now and then finding a smoother pebble or a prettier shell than ordinary, whilst the
great ocean of truth lay all undiscovered before me."
Posted by Cecilia Abadie at 10:01 AM 2 comments:

New payment method: It's up to you! 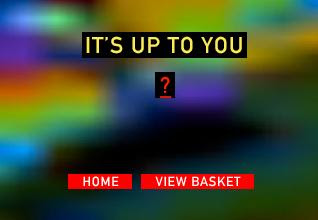 Time Magazine published an article on Radiohead making history these days by innovating on the launching of their new album "In rainbows". As the image shows, the downloadable version of the album can be purchased for a price that is set by the consumer. It could be 0 to anything (maxing 80 as that would buy you the deluxe boxed version).
When you click on purchase you get to a page where you are supposed to enter the price in pounds you want to pay. If you click on the help icon it'll tell you 'It's up to you" and if you click the help for the second time you'll get the 'Really. It's up to you". 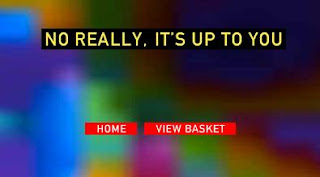 This powerful move in an industry that is already pretty shaken will certainly make waves. Basically they cut out on the labels and middlemen and brilliantly innovated with the payment method most likely planting the seeds for a successful tour for 2008.

Unfortunately the site seems to be pretty swamped and is really slow. For that reason or for some other technical problem I could not finish my transaction or download that was supposed to be available as of Oct 10th (today;) despite multiple attempts.

update: I could finally buy it and download it too ...
Posted by Cecilia Abadie at 8:52 PM 2 comments:

Blogger keeps thinking it knows what language I speak ...

It's very annoying ... Blogger thinks I speak German now because I'm accessing it from Germany ...

Anyway, it's time for me to go to sleep and my melatonin is not making the trick today.
Posted by Cecilia Abadie at 4:56 PM 1 comment:

Now I have my soup 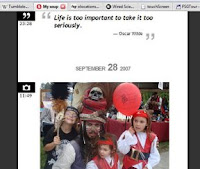 I started a few days ago my soup.

There are other tumbelog sites such as tumbler.

Tumblelog is a type of blogging that integrates different sources and formats in one unique blog.

My fascination with blogs in all its variants is totally beyond my own blogging needs that are not so huge themselves. I think it has to do with how we're increasingly becoming a broadcasting culture. The question that keeps popping up in my mind when I think about this increasing broadcasting obsession is how are we going to keep up with consuming all these humongous exponentially growing amounts of information. I don't have a definite answer although I suspect that we'll increasingly need computer service agents that will filter info for us and learn from our priorities, interests, needs, etc.
Posted by Cecilia Abadie at 4:31 AM No comments: